The work of AFTINET is made possible thanks to a network of activists fighting for trade justice. Through more than 20 years of campaigning, they have volunteered their skills and time, marched in rallies, spoken to parliamentarians, and spread the word. Without their contributions, we would not be able to carry on the fight for trade justice.

The AFTINET Working Group is at the centre of our campaigning. Similar to a Committee of Management, the AFTINET Working Group members are democratically elected at the AGM by members to oversee organisational governance, shape our campaigning strategy, and provide valuable skills, networks and knowledge. They come from a wide range of different community organisations.

Dr Patricia Ranald, honorary AFTINET convener, has advocated and published widely on trade justice for over twenty years. Her PhD was a comparative study of the World Trade Organisation and regional trade agreements.  She has worked in universities, unions and community organisations. She is an honorary Research Associate in the Department of Political Economy at the University of Sydney. 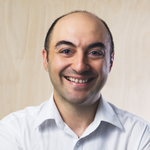 Daney Faddoul has been on the AFTINET Working Group since 2011. Daney is Campaign Manager at the Human Rights Law Centre, with a focus on the campaign for an Australian Charter of Human Rights and Freedoms. Daney has a wealth of experience from his time at GetUp where he was a Senior Campaigner then Political Director, and before that in the trade union movement. Daney studied Arts and Law at the University of Western Sydney. 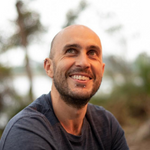 Jarred first engaged in trade justice activism with his involvement in the counter G8 Conference movement in 2007, and currently works as the Media and Communications Lead for the Australia Palestine Advocacy Network. He has qualifications in Australian Studies, Journalism, and recently completed a Master of Development Studies with Excellence from the University of New South Wales.

Lesley first became aware of trade justice issues while researching for a Master’s in Development Studies in Istanbul. She worked in training, consultancy and recruitment in Italy, Turkey, India, and Brazil before becoming involved in the union movement and trade justice activism in Australia. She is particularly concerned about the impact of trade agreements on labour rights, human rights, the environment, and the right of countries to legislate in their own best interests. Lesley has been on the AFTINET working group since 2004 and works for the Australian Services Union NSW/ACT branch. 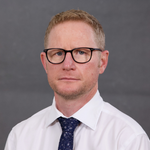 Michael Whaites is a midwife and registered nurse who is the Assistant General Secretary of the NSW Nurses and Midwives Association. Michael has a strong belief that quality public services are required for sustainable social development, and that healthcare, as a human right, should be free at the point of access. This belief has led to a career defending public healthcare and advocating for its improvement, and to advocating against trade agreement rules which threaten access to medicines and healthcare. 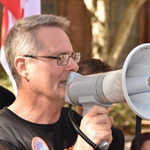 Robert Long is a Post-Schools Organiser of the NSW Teachers Federation, working with union members that teach at TAFE and NSW Corrective Services. Active in campaigning against the privatisation of vocational education, Robert has worked with teachers, students, unions and peak body organisations to expose and stop taxpayers funding of private for-profit training organisations. Robert has been a long-time supporter of AFTINET campaigns against free trade agreements and the fight for trade justice.

Thanks to the contributions of our members and supporters, we are able to employ one staff member to put our trade justice campaigns into action.

Peter Murphy has been associated with AFTINET since it started in 2000, sometimes as a member of the Working Group, at other times as a temporary campaigns and communications officer. He is a journalist with a focus on trade union issues, national and international economic policy, and human rights. He is currently Chairperson of the Global Council of the International Coalition for Human Rights in the Philippines.