November 16, 2020: Civil Society Organisations mobilised to speak out against the RCEP as the text was signed on November 15, 2020, during the virtual ASEAN Leaders Summit.

Asia Pacific Forum on Women, Law, and Development (APWLD) launched its #NoRCEP video on November 13. You can find the video on Youtube, Facebook, Twitter.and share on your channels with #NoRCEP #RCEP hashtags.

ACTU President Michele O’Neil said on November 13, “This is one of the biggest trade deals in history but the Morrison Government doesn’t know if it will create a single job in Australia. With unemployment nearing 8 per cent and still in the depths of a historic economic downturn we need an independent assessment of the value of this deal for Australian workers.

“The Australian trade union movement supports expanding exports and trade deals that are fair. Despite Government claims, past trade deals have delivered negligible benefits for the Australian economy and left Australian workers worse off.

“The deal includes countries where there is significant evidence of labour rights and human rights abuses such as China, Brunei and Cambodia. But we know of no provisions in the agreement to deal with issues like forced labour or child labour.

“The agreement could also open up essential services like health, education, water, energy, telecommunications, digital and financial services to private foreign investors and restrict the ability of future governments to regulate them in the public interest.”

Michele O'Neil elaborated on these concerns on ABC Radio National Breakfast on November 16.

ActionAid has launched a photo petition which is below. 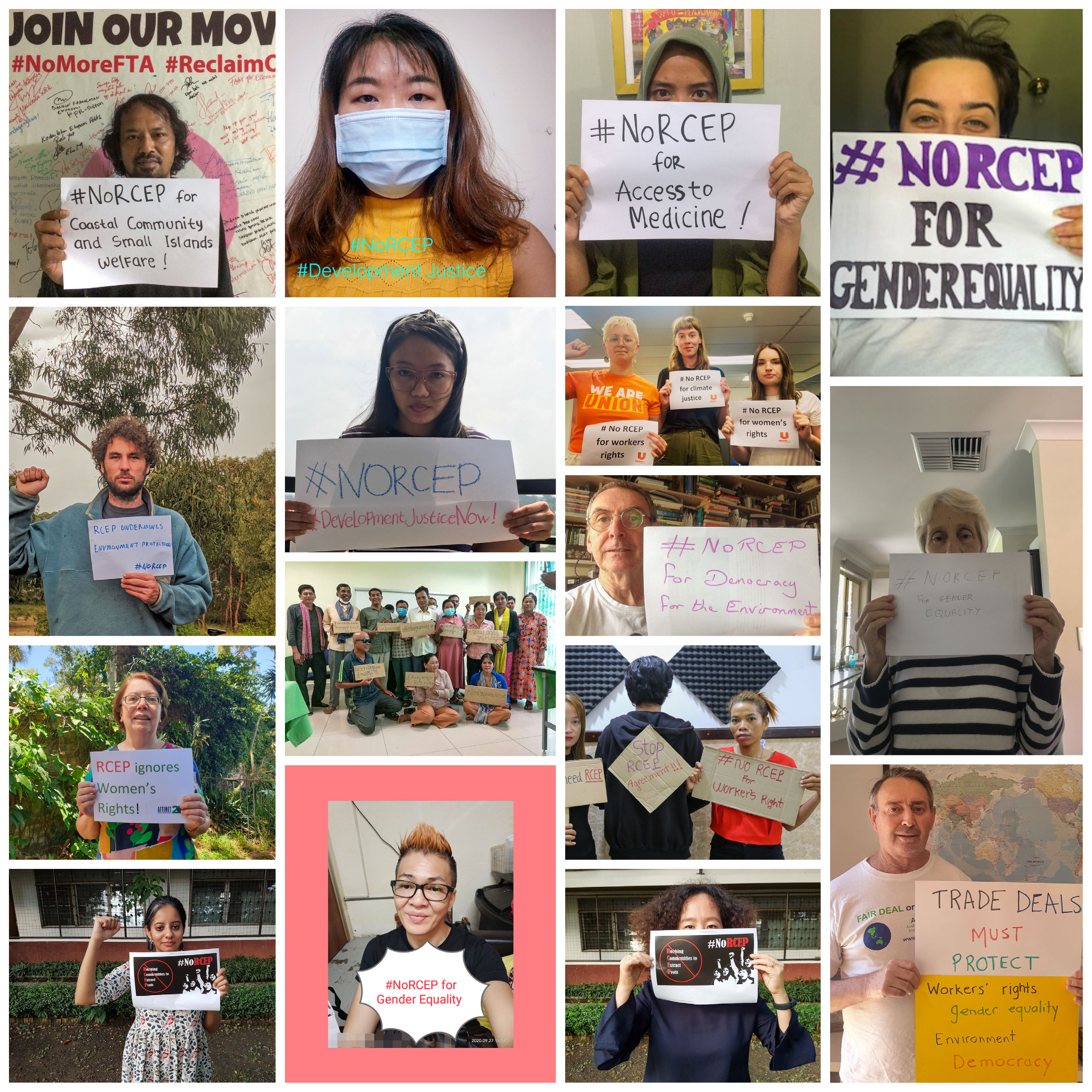