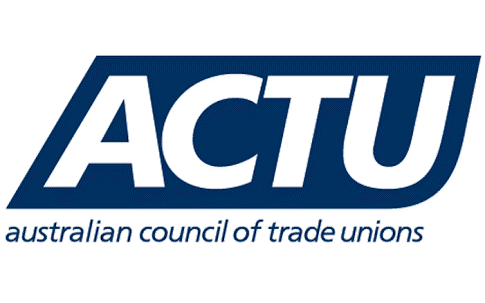 An Essential Media poll released today shows that 62 per cent of Australians believe the Australian government should support the effort to temporarily waive World Trade Organisation patent rules for COVID-19 vaccines to enable quicker and fairer access to vaccines for low-income countries. There was majority support across Coalition, Labor and Green voters. Only 10 per cent were opposed, with 27 per cent undecided. Full poll results including methodology are attached.

The poll was commissioned by Friends of the Earth, Amnesty International, the Australian Fair Trade and Investment Network (AFTINET), the Australian Council of Trade Unions, and Union aid Abroad APHEDA.

Current WTO rules give pharmaceutical companies 20-year monopoly patents on vaccines. Each government must negotiate with companies that control both quantities and price. Rich countries are first in line, but even countries like Australia are experiencing delays in supply. Most low-income countries will not have access to COVID-19 vaccines before 2023 or later. Millions more will die as new and more infectious variants continue to appear and to spread to countries like Australia.

The waiver would increase global supply through allowing manufacturing on a regional basis in countries like India and South Africa, which are already large producers of generic medicines.

India and South Africa have submitted a revised proposal for a temporary waiver supported by the WHO and over 100 WTO member countries. This proposal is being negotiated in a series of meetings leading to the WTO TRIPS Council meeting on July 20. The WTO operates on consensus but the Australian government has not yet made a decision to support the waiver.

“This poll found 66 per cent of Labor voters, 65 per cent of Greens voters and 64 per cent of Coalition voters support the temporary waiver of WTO rules for COVID-19 vaccines. The government should listen to Australians and put people’s health first by supporting the waiver,” said Sam Cossar-Gilbert, Friends of the Earth’s trade campaigner.

Dr Patricia Ranald, AFTINET Convener, said: “Most Australians support changes to WTO rules to supply vaccines for low income countries. There is a global vaccine shortage which also affects Australia because supply is controlled by a few companies which have already made billions from vaccines largely developed with public funds. The government should support WTO rule changes to increase global supply for all.”

ACTU President Michele O’Neil said: “The Morrison Government is standing in the way of cheap access to effective vaccines for developing countries in our region and around the world. The decision of this Government to put the profits of multi-national pharmaceutical companies ahead of providing access to the vaccines that are needed to end the pandemic is appalling and weakens the global response to the virus.”

Kate Lee, Executive Officer Union Aid Abroad – APHEDA, said: “We are witnessing a COVID-19 tragedy unfold for millions of people in countries we are working in, including our nearest neighbours. Indonesia is recording 40,000 cases and 1,000 deaths a day. Lack of vaccines in our region and in low-income countries globally will cost hundreds of thousands, perhaps millions of lives. This poll indicates strong public support from Australians for a temporary waiver of WTO rules for COVID vaccines. We urge the Australian Government to lead on this and actively support the waiver.”

Tim O'Connor, Campaigns Manager, Amnesty International Australia, said: "The timely development of Covid-19 vaccines was a great achievement, won in no small part due to public funding. Yet inequitable access to the fruits of that labour is putting many countries' paths out of the pandemic at risk. Access to effective vaccines and treatments are a human right, and in reality, the TRIPS Waiver would reduce pressures on vaccine supplies, something that would certainly benefit countries like Australia. At the upcoming WTO meeting, our leaders have the power to make decisions that will shape the future for many in a Covid-19 free world. We must ensure they make the right ones."