Parts of the RCEP’s intellectual property chapter could be modelled on the flawed TPP, which extended copyright and e-commerce provisions in favour of corporations at the expense of consumers. Many legal experts are concerned that this could stifle creativity, free speech, and even economic growth.

Copyright law is meant to maintain a balance between the right of creators to a reasonable income through payments for the use of their work, and the rights of consumers to fair use of information.

Most copyright is now held by corporations, which lobby for trade agreements to extend their rights. 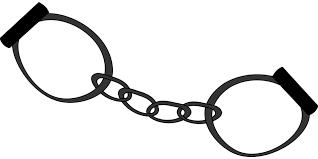 ​TPP-like provisions would lock in strong specific legal rights for copyright holders and criminalisation of copyright breaches, with much vaguer references to fair use provisions for consumers.

These detailed, specific rights for copyright holders could prevent governments from introducing reforms to improve consumer rights or to respond to technological change in the future.

A recent Productivity Commission Report (December 2016) found that copyright and patent rules agreed to in the Australia-US Free Trade Agreement are costing governments and consumers hundreds of millions of dollars a year. These are the same rules which would have been locked in by the TPP and which now may be pushed through in the RCEP.

Leaked documents have revealed that RCEP could contain e-commerce rules that suit the needs of global digital companies like Google and Facebook at the expense of consumers and that restrict governments from regulating them. In the wake of Facebook and Google’s s data abuse scandals, we need stronger, not weaker, privacy and other protections for consumers.

In July 2019, the Australian Competition and Consumer Commission (ACCC) completed an inquiry into the impact of digital platforms, recommending government action to address concerns about the market power of big tech companies, the inadequacy of consumer protections and laws governing data collection, and the lack of regulation of digital platforms.

Proposed e-commerce rules also reinforce the global dominance of existing digital companies at the expense of developing countries being able to develop their own  industries.