Why are small-scale farmers protesting the RCEP?

March 4, 2017: The Japanese family farmer movement recently protested outside RCEP negotiations in Kobe, Japan, with the message 'Seeds are ours!’ 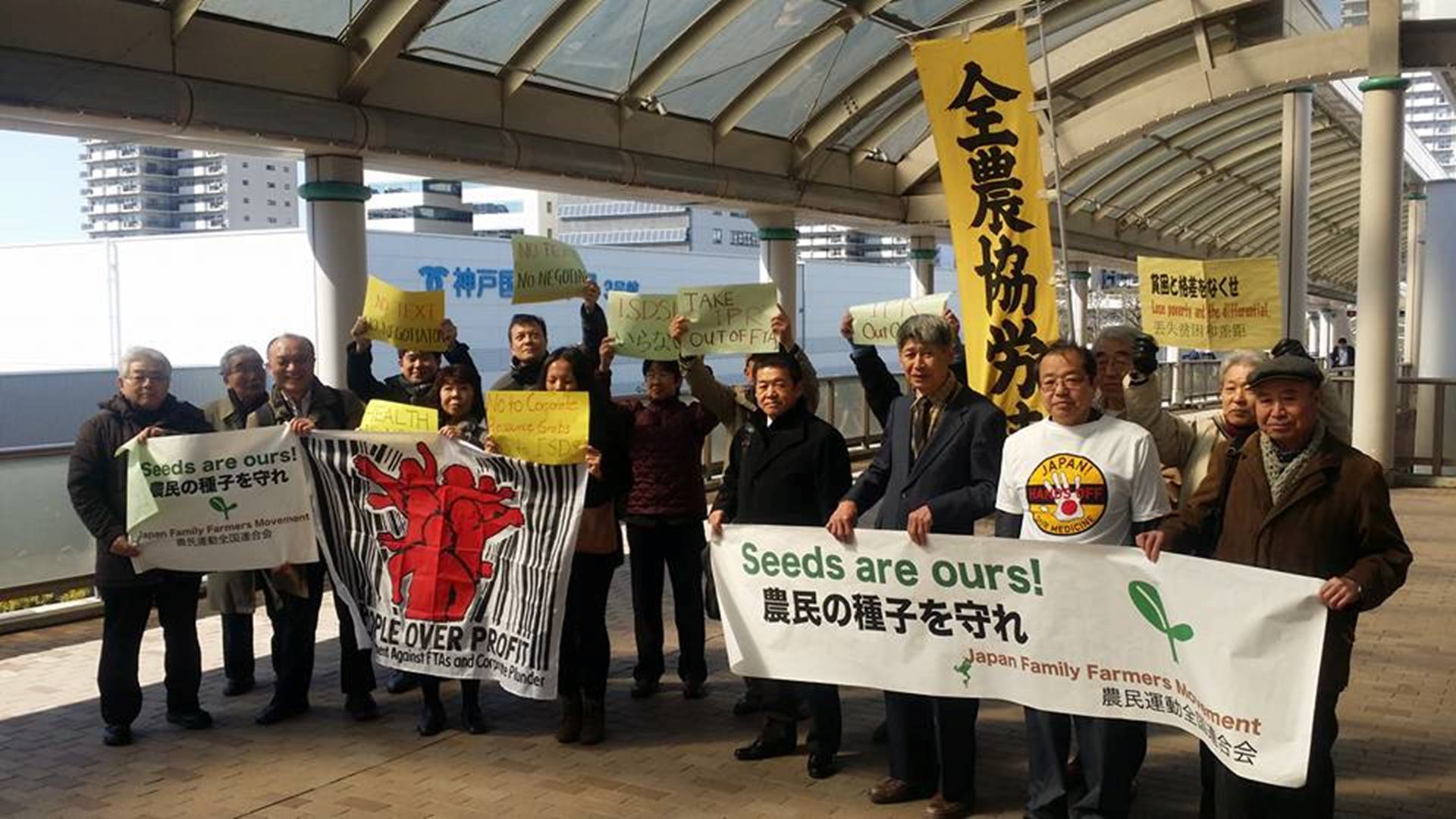 They are against TPP-like proposals in the RCEP to facilitate the patenting of plants and seeds which would make it more difficult for farmers to save and exchange seeds with each other.

Australia has already signed up to these rules through the 1991 UPOV Convention but other RCEP countries have not. In many of these, in particular developing countries, small-scale farmers rely on being able to swap and save seeds for future harvest - something they have done for centuries.