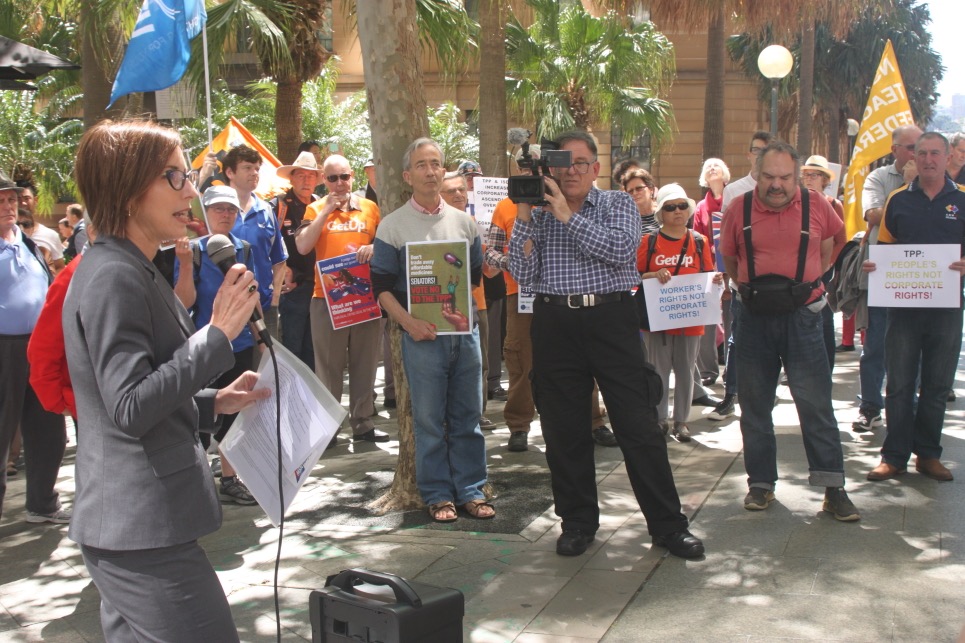 Sept 26, 2016: Around 200 people rallied outside the national parliamentary inquiry hearings into the TPP today in Sydney.

The #TPP is bad news. The good news is, we still have a chance to stop it! Keeping up the pressure here in Sydney today. pic.twitter.com/54NKWS1Hrn