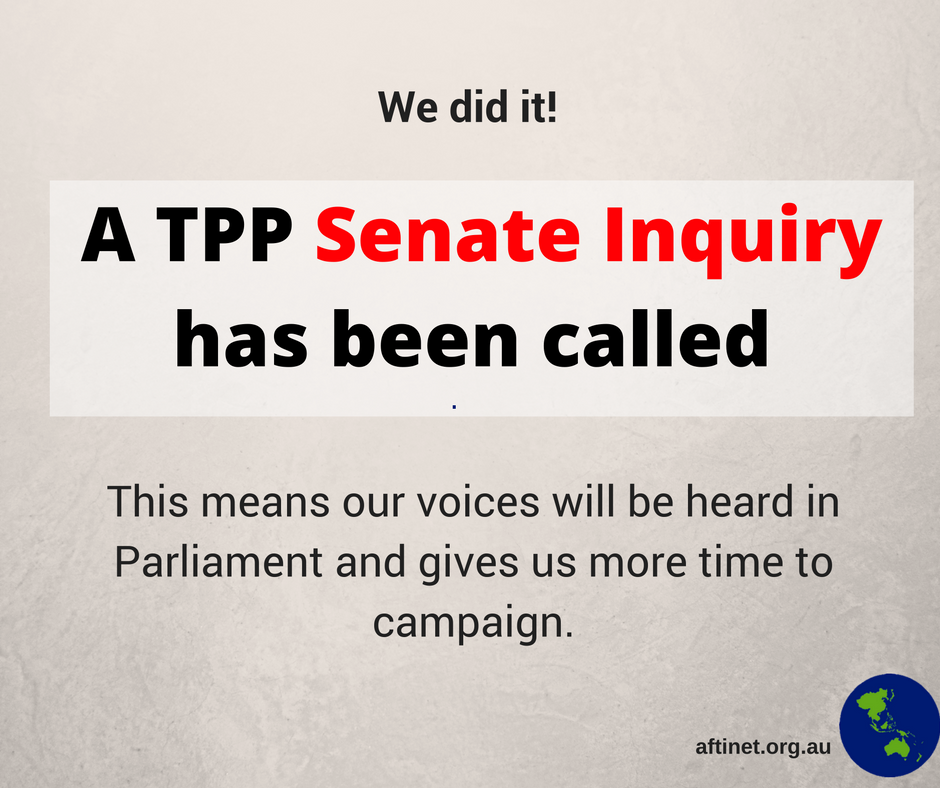 The inquiry was moved jointly by the Greens and the Nick Xenophon Team, and supported by the ALP. Read our media release here.

This is a big victory for our campaign and gives us an opportunity to have our voices heard by a Senate committee, which will be more critical of the deal than the Government-majority Joint Standing Committee on Treaties (JSCOT). The committee is likely to meet in the week of October 10 to call for submissions.

The inquiry will report in February 2017. The timing is important because it means the Australian government cannot push through the implementing legislation before it has been considered by the U.S. Congress. Both US presidential candidates are opposed, and so far there is majority opposition in the Congress. The TPP cannot proceed if the US fails to pass the implementing legislation.

Despite their positive trade policy platform, Labor has not yet made any decision about how they will vote when the TPP legislation comes through Parliament. A senate inquiry will both delay the vote in Parliament and help to bring the TPP into focus.

Thanks to all our member organisations who endorsed the letter and the many individuals that have supported our calls to action.