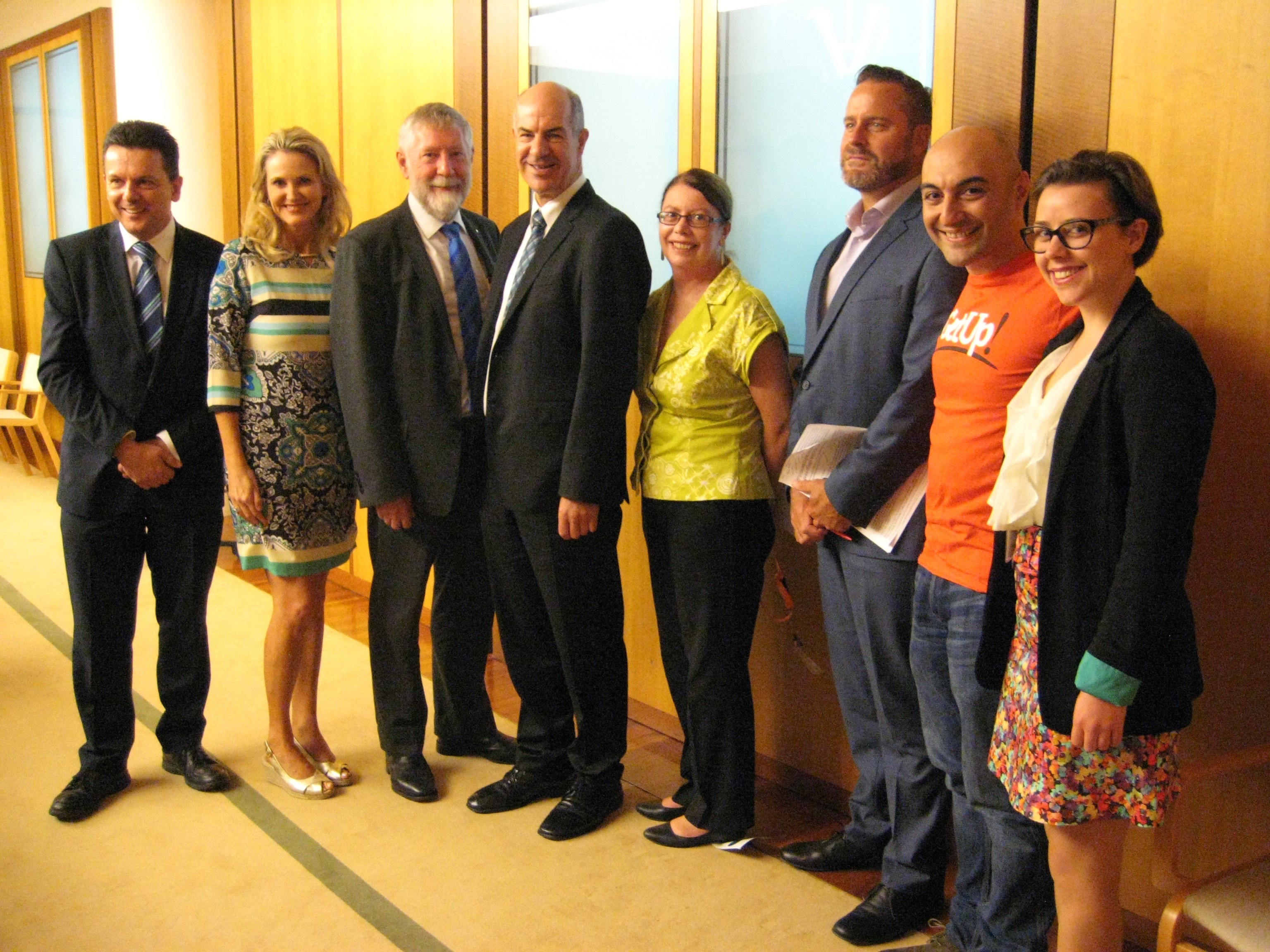 AFTINET joined the ACTU, GetUp and the Public Health Association in Canberra yesterday at a forum hosted by Labor, Greens and independent MPs.

The groups outlined different concerns but were united in calling for an independent review of the TPP before any vote on its implementing legislation.

AFTINET presented a letter endorsed by almost 60 organisations (representing 2 million Australians) and GetUp presented a petition with more than 300,000 signatures.