Europe mobilises for ‘Day of Shame’ during WTO TRIPS meeting

Coinciding with the WTO TRIPS Council meeting in Geneva this week, activists across Europe and the globe have mobilised to call on European countries to #StopTheBlock of a waiver on intellectual property monopolies on COVID vaccines.

During the TRIPS Council meeting, crucial negotiations are taking place in an effort to change the rules of international trade to allow countries to produce their own vaccines and medical equipment.

Since the #TRIPSWaiver campaign begun more than one year ago, more than 3.7 million people have died in the COVID pandemic, while a small number of rich European nations hold out on reforming WTO rules which would help achieve vaccine equity.

Campaigners have declared a ‘Day of Shame’, as activists protested in front of embassies and parliaments in London, Olso, Vienna, Geneva and South Africa. 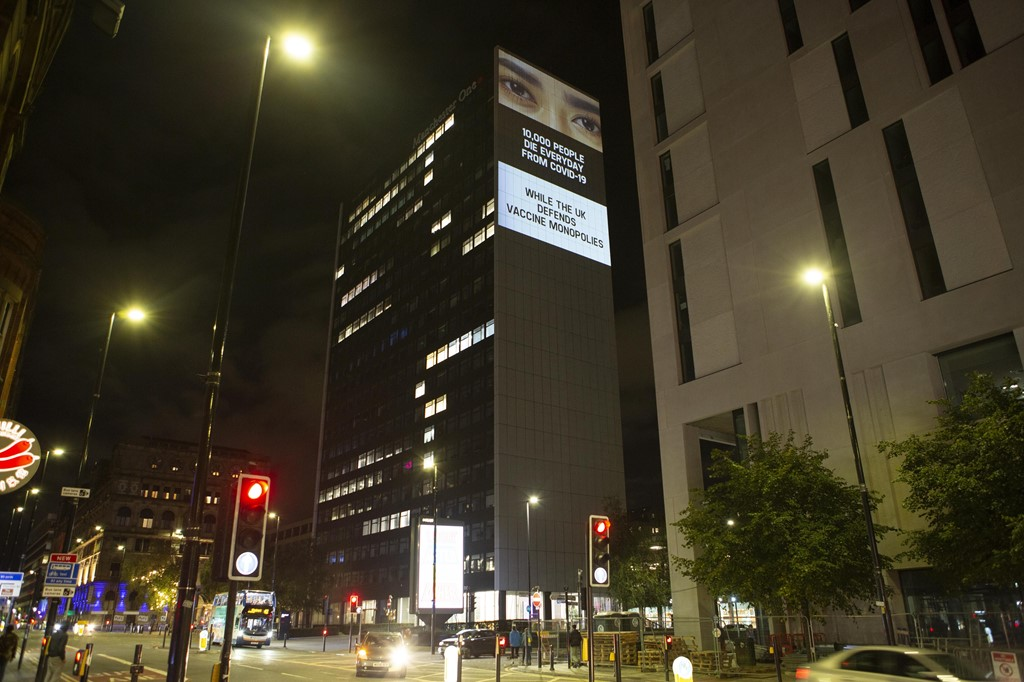 In London, activists delivered coffins to Downing Street and the Foreign, Commonwealth & Development Office, calling on the WTO to ‘drop the patents: vaccinate the world’. During the Conservative Party conference, campaigners in the People's Vaccine Alliance projected the figure of 10,000 daily global COVID deaths onto Manchester Tower, reading “The world is watching. 10,000 people die every day from Covid-19 while the UK defends vaccine monopolies. Boris Johnson, waive vaccine patents and vaccinate the world” 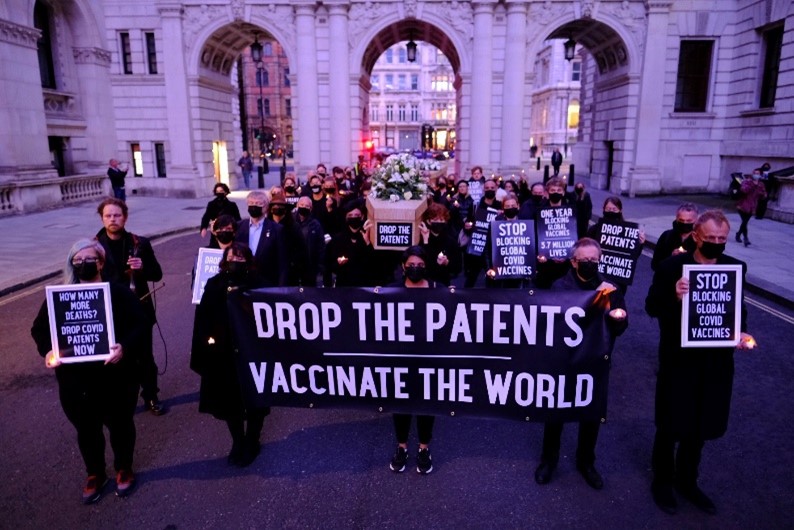 In South Africa, vaccine equity activists protested outside the embassies of the Netherlands, Belgium, and the United States and delivered a letter to Ambassadors demanding that they break the year-long stalemate on the TRIPS Waiver.

“We have gathered outside the embassies of Belgium and the Netherlands to relay a clear message to EU countries to stop stonewalling on this critical waiver and stop putting multinational pharmaceutical corporation profiteering over human lives.”

In Australia, the Shadow Minister for Trade, Madeleine King MP, called on the Government to co-sponsor a waiver on medical monopolies at the TRIPS Council meeting, releasing a media statement saying:

“Our global economy will only move through the COVID-19 global pandemic if vaccines are available to all. Vaccine accessibility in both developed and developing nations is imperative for global supply chains to recover.”

The TRIPS Council meeting is still convening. An update on negotiations is expected by the end of the meeting on October 15.