In November 2019, 15 governments claimed they had completed the text of the deal, but strong community campaigns from Indian civil society forced the Indian government to withdraw, which reduced its claimed benefits for Australia and other countries. Some of the most damaging clauses like corporate rights to sue governments and stronger medicine monopolies have been removed.

The text was signed and released on November 15, 2020. Despite gross violation of human rights in Myanmar, China and the Philippines, the RECP  has no commitments to human rights, labour rights or environmental standards, could restrict government regulation of essential services like aged care and restrict government  action for local industry development for economic recovery, There has been no independent study of is costs and benefits, and even the Morrison government doesn't claim that it provides extra markets for Australian exporters.

The RCEP has been reviewed by the Joint Standing Committee on Treaties .The SCOT  Report  is here and AFTINET's comments are here. The  government-dominated majority report acknowledged some of the flaws identified by our submissions, but still recommended in favour of the enabling legislation. Labor and the Greens made critical comments  which raised many  of the points in our submissions . Parliament wil debate the enabling legislation at the next sitting scheduled for October 18.

See a short  explainer article about the RCEP text here, how the RCEP could restrict improved regulation of aged care recommended by the Royal Commission here  and AFTINET's submission to the Joint Standing Committee on Treaties here 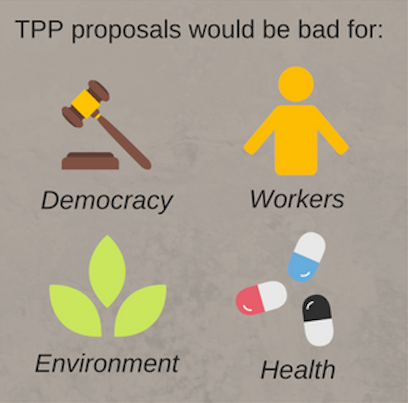 Learn more about the key issues that arose in the eight years of RCEP:negotiations