What is the RCEP? 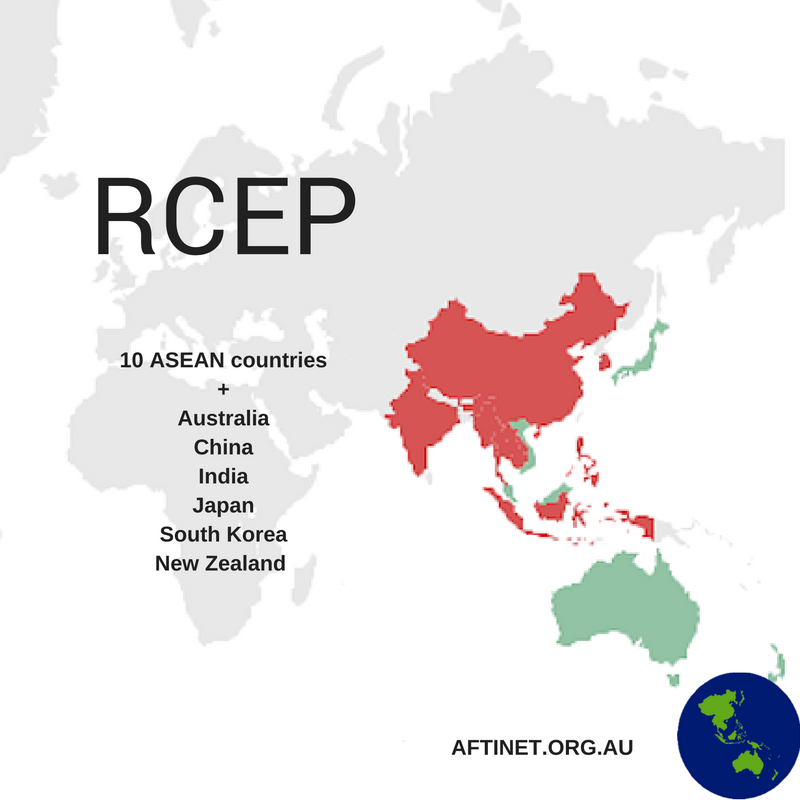 The Regional Comprehensive Economic Partnership (RCEP) is being negotiated between the 10 ASEAN countries, plus China, Japan, India, Korea, Australia and New Zealand.

ISDS TPP-like proposals: India and some ASEAN countries are resisting this and want more exclusions for public interest regulation.

Trade envoy Andrew Robb is pushing for the convergence of the RCEP and the TPP, and leaked documents have revealed that Japan and Korea have tabled TPP-like proposals on stronger monopolies for medicines. ISDS is also on the agenda. There may also be proposals to include movement of temporary workers, following the examples of the China FTA and the TPP. Read more here.

Read all the latest news on RCEP here.