Leaked documents revealed that harmful  intellectual property provisions were being proposed in the RCEP. These could raise the price of medicines by extending monopoly rights for pharmaceutical companies and delaying access to cheaper versions of these medicines.

This could increase costs for medicines here in Australia and it could block the poorest people in our region from accessing lifesaving medicines.

If the TPP model is adopted in the RCEP it  would lock in provisions for longer monopolies, like data protection, patent term extension and evergreening of patents which have been criticised by public health experts and the Productivity Commission. This would mean higher costs for taxpayers through our Pharmaceutical Benefits Scheme, and could prevent governments from making medicines more affordable in future. 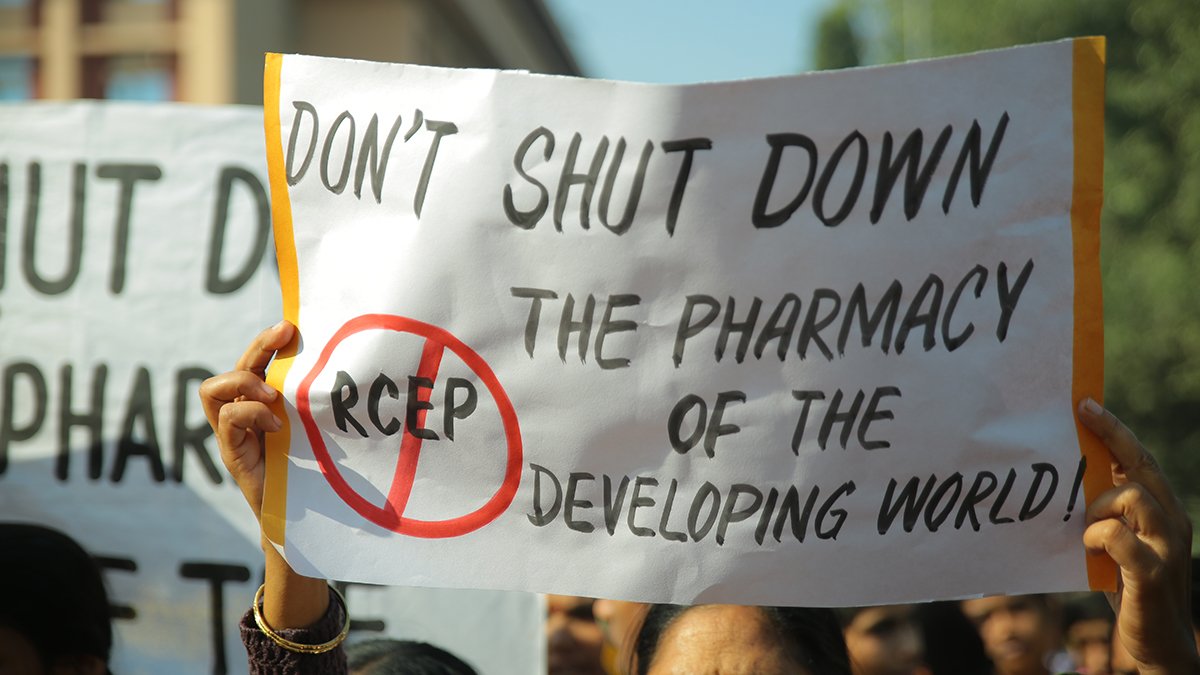 Any delay in cheaper medicines becoming available would be damaging in Australia, but it could be devastating in low income and least developed countries, such as Thailand, the Philippines, Cambodia, Laos and Myanmar.

Some developing countries are protected by international trade rules that recognise their need for affordable access to medicines by allowing them to bypass monopoly patents and make cheaper medicines available sooner.

However leaked RCEP documents show Japan and South Korea are proposing to extend monopoly rights far beyond current international agreements and the intellectual property laws in many RCEP countries. This means medicines would be more expensive for longer, potentially blocking access to affordable medicines for people who need them.

Medical humanitarian organisation Médecins Sans Frontières (MSF) is extremely concerned about the impact this would have in the developing countries where most of its operations are based.

“In developing countries, where people rarely have health insurance and must pay for medicines out of pocket, high prices keep life-saving medicines out of reach – and this is often a matter of life and death.” - MSF

They are also concerned that the impact of the proposed RCEP rules could extend beyond the Asia-Pacific region. This is because India’s intellectual property laws - which balance the rights of corporations with the public interest - allow the country to produce many of the generic medicines used to treat people all over the developing world, including in Sub-Saharan Africa. MSF says that 97 per cent of the medicines it uses to treat people with HIV are generic medicines made in India.

Investment rules could worsen the problem 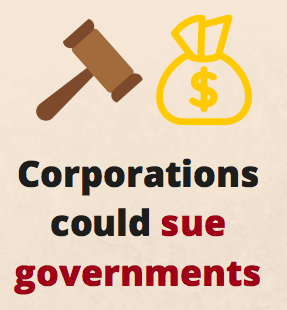 If the RCEP includes TPP-like rules allowing foreign corporations to sue governments in international tribunals (ISDS) this could make the impact of the RCEP on public health even worse.

Pharmaceutical companies have sued or threatened to sue governments in Canada, Colombia and the Ukraine because they have tried to make medicines more affordable.

A recent example is Swiss-based pharmaceutical company Novartis’ threat to sue the Government of Colombia after it considered measures to open up generic competition to reduce the prohibitive price of  the cancer drug imatinb in late 2016.