At a lively public forum attended by around 50 people, they warned of the dangers in the RCEP deal, which includes the 10 ASEAN countries plus Australia, New Zealand, China, Japan, India and South Korea.

Dr Patricia Ranald is concerned about the potential “convergence" of the RCEP with the Trans-Pacific Partnership (TPP). She said both deals could impact on jobs, the price of medicines and on the ability of governments to make laws to protect the public interest.

“The main beneficiaries will be global corporations, not ordinary citizens,” she said.

Public health expert Dr Belinda Townsend is particularly concerned about leaked documents which indicate that some countries are seeking stronger monopolies on medicines that could delay access to cheaper generic medicines in low and middle income RCEP countries.

“These provisions would be particularly damaging if applied to India, which supplies more than 80 per cent of the world’s supply of generic HIV/AIDS medicines, because they could delay access to affordable versions of new life-saving medicines,” said Dr Townsend.

Leaks also reveal that investor state dispute settlement (ISDS) provisions are on the table in the RCEP negotiations.

These controversial provisions appear in the TPP and they give global corporations the right to bypass national courts and sue governments for billions of dollars if a change in law or policy harms their investment.

Dr Kyla Tienhaarra said that corporations have used ISDS provisions to challenge tobacco regulation, environmental policies and even a rise to the minimum wage. 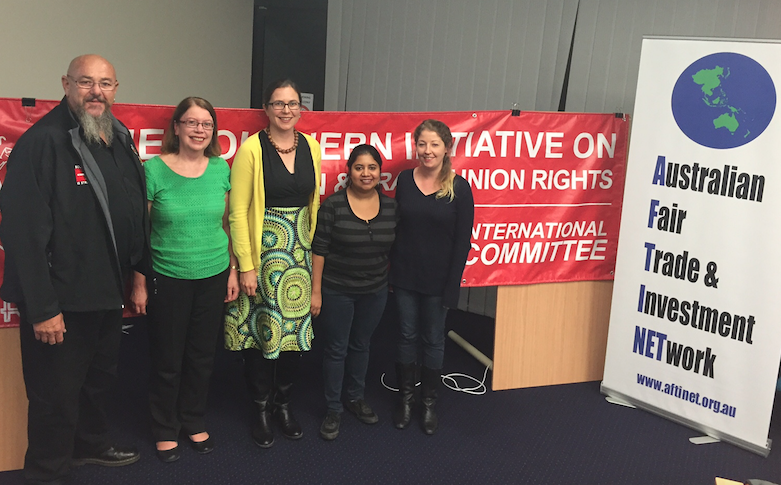